Herding Dog, Police/Protection Dog, or Both?

It is generally understood that the BSD was originally a herding dog. It's in the herding group, it's called a "shepherd dog", and there are many historical references to it as a herding dog. What is contested by many though is whether the BSD was also originally used as a police/protection dog, or if that is a newer, and not "true to the breed", use for the BSD.

Over the years I have done a lot of research regarding the origins of the BSD, and more specifically the Malinois variety. I have also researched the origins of the Ringsports, specifically Belgian Ring and French Ring. It is my opinion that there is plenty of historical data to back up the assertions that the BSD has origins as both a herding, and police/protection dog. This is especially true if you consider the BSD as the breed, and not the collection of unnamed farm dogs who existed prior to a breed standard being created.

The following table contains a time line of information derived from various sources, which are listed at the end of this article. Since there is no argument that herding was an original function of the BSD, I have focused more on the protection/police side.

It is clear from the timeline that the dogs who eventually became known as BSD's were used as police/protection dogs, long before the breed was created. There are historical records indicating that as early as the 1700's they were being used to help the city guards. In 1880 they were being used to give demonstrations of police/protection dog abilities throughout Belgium and France. These demonstrations were done as a money making venture for the owners, but the BSD would not have been chosen for these demonstrations if they weren't already filling that role. Instead, whatever dog was filling the role would have been used. Before the BSD was accepted as a breed by Saint-Hubert, their use as a herding dog had already declined enough in their native country that instead of using herding competitions to test the dogs, it was suggested that dressage (ie Ringsport) competitions be held. Herding competitions continued to be held, but so did the Ringsport competitions. Although some of the foundation couples of the breed were prized for their herding abilities, others were specifically known for their abilities as guard dogs, not herders.

This history is not specific to the Malinois variety, many of the initial police dogs and competitors and winners of the Ringsport trials were Groenendael and Tervuren. It was only later that the Malinois began to dominate these trials.

A few historical photos of BSDs: 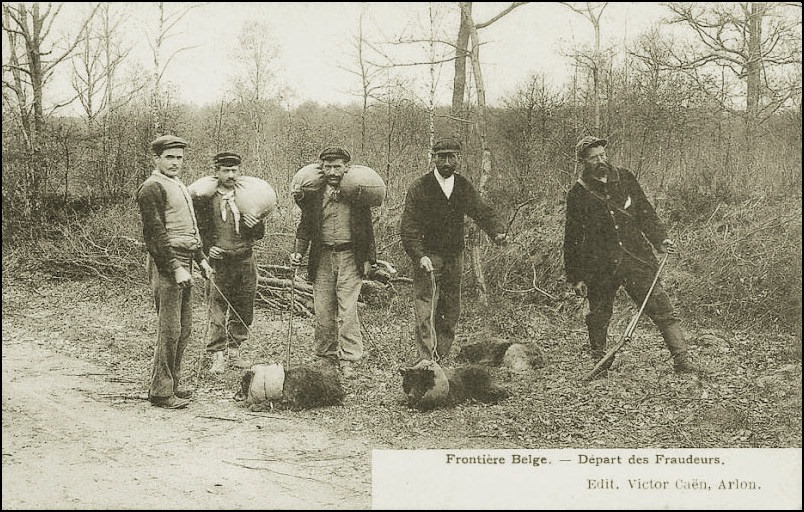 A vintage postcard of a group of Belgian smugglers and their dogs about to cross the Franco-Belgian border.
The three dogs are of the long-coat shepherd type (Vresse-sur-Semois, Belgium, c. 1910).
The sacks around the dogs necks are called a "blat" and are filled with items being smuggled, in this case tobacco. 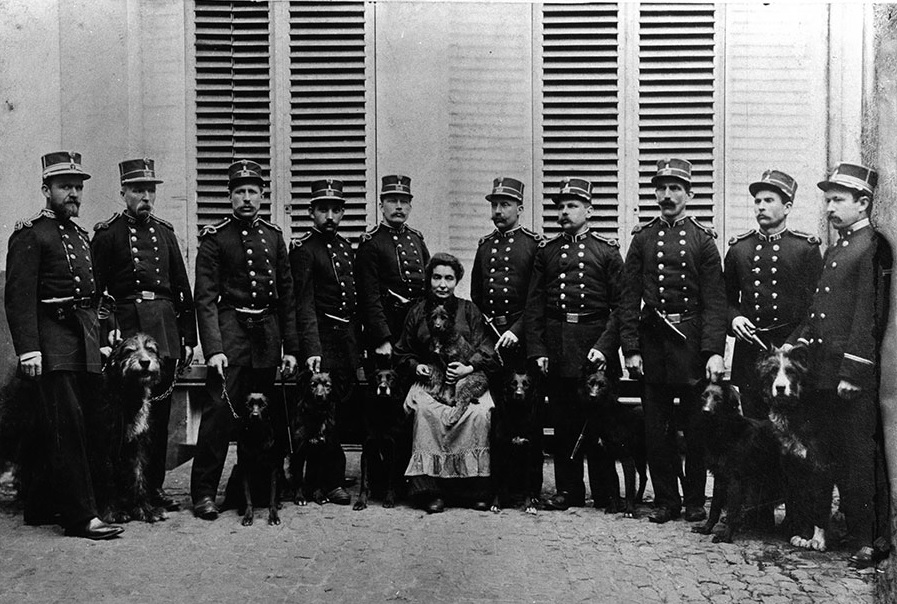 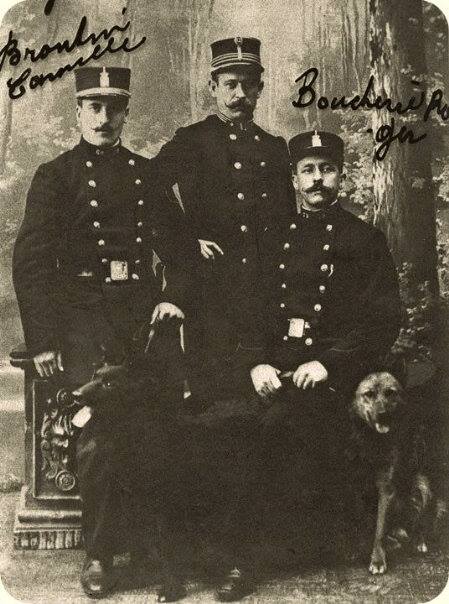