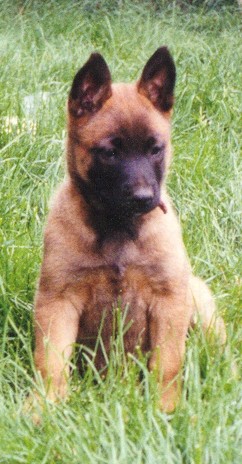 What is it with people these days? Over the last few years I have seen a rise in the following that I really don't understand.  Newbie after newbie, who has never train/trialed a dog in sport X, looking for a pup, or already purchased a pup, who are absolutely adamant that they will wash any pup/dog immediately at the absolute first sign of any sort of issue and blame it on the dog just not being up to their ultra high standards.  And they seem to wear this like a badge of honor, like somehow it makes them super hard core because their goal is the world team, and although they have never even done an entry level title in sport X, their standards are just that high.  And if there are problems, of course it's the dog that is the issue, not their training or lack of experience.

Yet these people also seem to have the following in common:
A) The club these people are training with for the most part has never achieved anything past a mid level of competition if that
B) they want a world level competition puppy, because they are positive they are going to make a national or world level champion out of their dog, with their extremely limited training experience and resources

Washing pup after pup for minor issues because you are so hard core and demanding in quality isn't impressive.  What it really does is simply show an extreme lack of experience. Every dog who's ever been on the podium at some point in it's life had issues. That's the name of the game.  No dog, just like no handler or trainer, is perfect.  I've seen dog's with all sorts of weird issues raised and trained by people who handled them correctly, worked through or around those issues, and put those dogs on podiums at both the national and world levels.  If those trainers washed a dog at the first hint of an issue, they would never have made it to that podium.  Maybe you don't know about those issues, because the owner wasn't on social media discussing in depth what they were working through, but I gaurantee they existed.

Not only are you not going to impress people with how hard core you are, you are very quickly going to get a reputation for someone who washes good dogs at the drop of a hat.  And very soon, you will find breeders refusing to sell you a puppy with good potential.  Because they know it's a waste of a nice pup.  That it will never reach it's potential with you, because it will never be given the chance.

And now for the side note, I'm not talking about any specific handler or dog, I am not aiming this at one specific instance.  This post is in reaction to various posts I see on FB, emails I and other breeders I speak with receive, and various conversations I've had or overheard.  Not every dog is going to cut it, and sometimes you do need to quit with the one you have and look for something else.  But sometimes you need to take a hard look at the trainer/handler and wonder if the problem really is the 4 legged part of the team.  The first dog I put in FRIII was the first dog I decided I was just going to stick with, as long as we were making forward progress, and not wash at the first sign of a problem (that was my own inexperience).  If someone is telling you to wash your dog, take a good look at that person's resume.  If they have never titled a dog to the top level of the sport you are training for, are they really the best person to decide if your dog can make it?  Maybe an evaluation by someone with actual experience is in order.

One thought on “Looking for that Perfect Puppy”